Landor's Cottage was the final work by the late esteemed roamtic/gothic author Edgar Allen Poe, published in 1850, one year after his death. The story is thought to be highly influenced by his home, Poe Cottage. David had a copy of this text in his bookshelf. When the players visited the Abandoned Cabin, Niklos insisted that this and the other books on the shelf were clues to the ultimate truth.

This article is a stub. You can help Gentle Earth: Minecraft Server Wiki by expanding it. 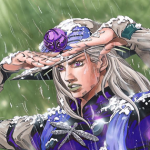